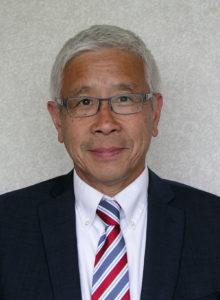 Harry L. Chen, M.D. is Commissioner of the Vermont Department of Health, appointed

in January, 2011. He was appointed Acting Secretary of the Agency of Human Services

emergency physician at Rutland Regional Medical Center for over 20 years, through

Representatives; during his final term he was Vice Chair of the Health Care Committee.

Dr. Chen is a member of the Centers for Disease Control and Prevention Board of

on the Board of Directors of the Association of State and Territorial Health Officials. He

has spoken on health care reform and public health nationally and regionally, including

presentations to the U.S. Senate Health, Education, Labor and Pension Committee, the

Dr. Chen earned his medical degree and completed his residency in emergency medicine

at the Oregon Health Sciences University School of Medicine, serving as Chief Resident.

He was on the faculty of the George Washington University Medical Center, Department

Society Physician Award for Community Service in 2008. He has served on numerous

statewide boards addressing healthcare and medical issues, including the Vermont Board

of Medical Practice, where he was Vice Chair.