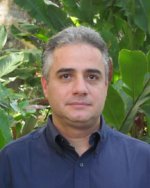 John Paul Moscarella (JP) has over 20 years of experience in renewable, clean energy and carbon development and investing in Latin America. In his current role, he co-heads the development of EEE’s renewable and clean energy private equity funds. He co-chairs the firm’s Investment Committee for Emerging Energy Latin America Fund II.

Prior to founding EEE in 2009, he co-founded Econergy International Plc in 1994, a clean energy and carbon developer mainly focused on Latin America, which had an IPO on the AIM market of London in 2006, and later, was sold to one of the world’s largest utilities, GDF Suez SA from France, in 2008. While at Econergy, he led the development of CleanTech Fund in 2004, an early stage clean energy fund, which he currently manages with a team in Mexico.

JP is an entrepreneur, who has founded or co-founded four companies; and currently serves on NEOgas do Brasil’s board, and is Co-Chair of LAC-CORE (Latin America & Caribbean Council on Renewable Energy) as of November 2012 as well as three clean energy companies in Mexico; and has served on the board of several non-profit organizations (including the Business Council for Sustainable Energy in the USA and the Centro de Transporte Sostenible in Mexico). He is a pioneer in the field of carbon credits, since participating in the Rio Earth Summit in 1992, and has successfully launched several carbon funds and private equity funds in clean energy with a total mobilization in excess of US$750 million over the last 15 years, as well as clean-technology investments. He has an MBA from Yale University and a BS in Environmental Engineering from Cornell University.