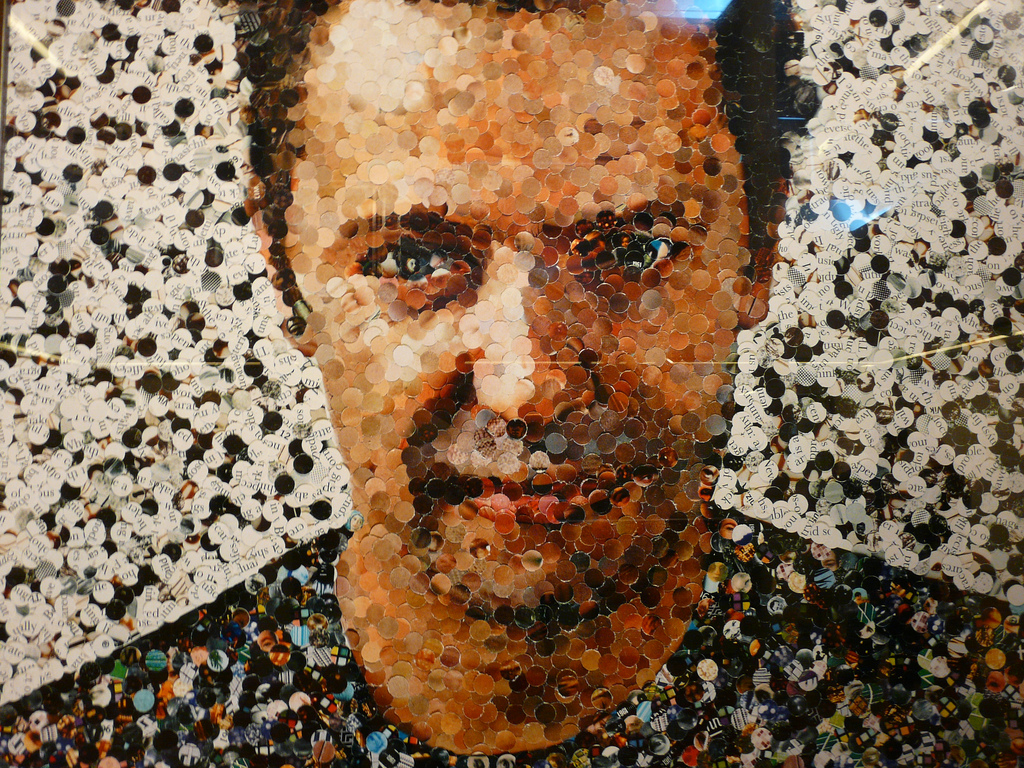 World renowned plastic artist Vik Muniz was born in the Brazilian city of Sao Paulo on December 20th 1961. The child of Pernambuco parents, he moved to New York – the center of the art at the time – in 1980 to pursue an artistic career. Since then, he has worked with very diverse materials to create original and impacting artwork. With the unexpectedness of his artwork being transposed into such pieces as a Mona Lisa made out of gelo and a Freud bust made of chocolate.

In developing an unique artistic style, his most famous works are incredibly large  compositions (sometimes as large as a warehouse) whose photograph is the final work. People often take some time to realize and appreciate the true magnitude of the works, often only doing so when they realize the true sizes of known items, i.e: that an oil barrel in the image is in the scale of a person’s finger.

His continuous work with trash raises awareness both of what people actually throw away and of the despicable care taken with dumps, as well as raising awareness to the dangers of dumps as a whole, and the lack of sanity taken with them. In 2011, Mr. Muniz released the documentary “Waste Land”, which follows his creations using materials from what used to be the largest landfill in the world, and a group of people that collect recyclable matter off of ‘Jardim Gramacho’, the largest landfill in the Rio de Janeiro metropolitan area and the world. The movie garnered worldwide attention, being played in the Berlin film festival, and also receiving a Best Documentary nomination in the 2011 Academy Awards. It raises awareness of the ever-growing landfills and the problems they bring with them.

Using one of the largest landfills in the world, this man has done much to raise awareness of the impending risks of trash. In a world where trash is becoming an ever growing problem, his documentary shows the evils of untreated landfills through a brighter tone, by using objects found therein to create intricate images.

This work of his work also raised awareness of the ‘catadores’, a subculture of people who live off of items found in these dumps and collect recyclables there. In a world with this level of destitution, it is only right that someone should bring awareness to these people, something Vik exactly did.